Tears Are Not Enough: How Can We Help Heal Japan? 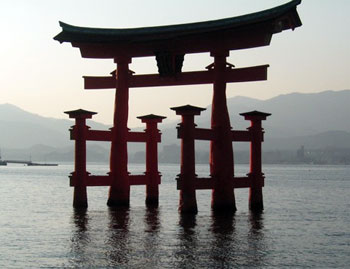 Sometimes tears are definitely not enough!   Sometimes we need to dry our tears and open our hearts and take action.   Sometimes we need to not look away but every single day, to help at any cost, heaven knows that tears are not enough.   These are some of the adapted words of the powerful lyrics written by Canadian singer/songwriter Bryan Adams in his memorable song “Tears Are Not Enough”.     These words seem so apropos following the triple disasters that occurred in Japan on March 11, 2011!!

When the first images of the disasters were shown on our Canadian TV networks, I found myself tearful.   But now it has been three weeks since the triple disaster struck Japan.  Now tears are not enough.   My heart has been heavy but what can I do to help heal Japan?   What can we all do together?

All the major North American TV networks have shifted focus from talking to survivors to talking to scientists.   Is this because talking about radiation levels is more dramatic and newsworthy than to report the suffering of those who have survived but are dying inside?  What is the meaning and purpose of the lives of survivors when they have lost everything?

What do we do after we dry our tears?   The day after March 11, 2011 disaster in Japan, I had the enjoyment of dining with my colleague Dr Regina Bousso and her daughter Karina from Brazil.   I asked them if they would be willing to eat at a Japanese restaurant as a small way of honoring our Japanese friends/colleagues.   At the restaurant we were delighted to learn that all the families of the restaurant staff living in Japan were all accounted for and safe.  We expressed our sadness of what had happened in Japan and they expressed their gratefulness that we had come to the restaurant.

I have had a very fond and frequent connection with Japan ever since my first visit in 1993.   I was invited to Chiba University to give a keynote address and I was awestruck with the food, the culture, the décor but mostly by the respectfulness, politeness, and kindness which was demonstrated to me by my new colleagues.  Since that time I’ve returned almost every year because of lovely invitations to lecture/speak in many cities and towns from Kobe to Osaka, Yamaguchi to Hiroshima, Nagasaki to Kagoshima, Karume-City to Okayama, and incredible Tokyo.  I love Japanese food, culture, décor, and most of all, my relationships with friends/colleagues.   Therefore, my desire to offer help and healing to Japan and my Japanese colleagues/friends has been constantly with me these last weeks.

Since the disasters, I have been in frequent contact with friends/colleagues in Japan offering support, strength, and love from a distance.  Plus, I’ve made the traditional financial donation to assist with the disaster relief.   I have also committed to attending our 10th International Family Nursing Conference in Kyoto, Japan in June, 2011 as another small way of providing support and courage in this time of great suffering.    But how can this possibly be enough? 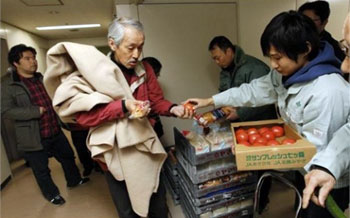 Despite these triple disasters, Japanese culture remains one of order and calm.  One of the most heart–wrenching images of quiet resilience was watching a very long line of stoic Japanese citizens queuing up to each receive one apple.   ONE APPLE!! There was no looting for this apple, no yelling at the authorities in charge that the line wasn’t moving fast enough or that some should be entitled to more than one apple.

Each person was quietly and calmly accepting the one apple and bowing to the volunteer who passed it to them.  Even in the midst of horrible suffering, the code of civility, respect, patience, and decency in Japanese culture has not been broken.

Of course it is going to take a very long time for Japan to recover from the terrible disasters.   The stories of suffering and strength of the survivors and the relief workers needs to be witnessed, listened to and documented.   The spiritual suffering of the loss of meaning and purpose in the lives of the survivors needs to be given a voice as they search what is worth living for. 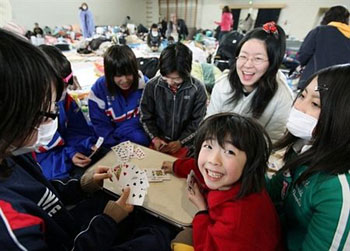 For those of us living in other countries at great distances from Japan, perhaps the best way we can help is by being willing to learn from the example of the Japanese of how suffering can be endured in dignified and respectful ways.   Perhaps acknowledging in our own lives the suffering lessons from Japan will help them on their healing journeys because their suffering will have not gone unnoticed or been in vain.

Perhaps each one of us who observes these dramatic displays of patience , respect, and strength can make a commitment in our own lives to complain less; show kindness more; to patiently wait our turn in life; and to offer a hand to those who are suffering in our midst when tears are not enough.

What ideas do you have for how to help Japan heal from a distance?  What have you learned from the example of Japanese survivors that you will implement in your own life?

As Bryan Adams song offers:  Heaven knows that tears are not enough; We can make it work, for God’s sake lend a hand.

32 Responses to “Tears Are Not Enough: How Can We Help Heal Japan?”