“Because She Knows Me”: A Poignant Commendation for a Cardiac Family Nurse 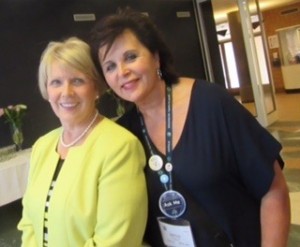 Comments made by a family member during a therapeutic conversation can often linger long after a meeting.  This usually is experienced as a paradigm moment of learning for the nurse because the comments trigger an affective and physiological reaction and invite deep reflection. Such was the case with a couple we had the privilege to meet in Odense, Denmark.  The husband made the comment in our family nursing interview that if he needed to speak to anyone about his health concerns, he would talk to his cardiac family nurse “because she knows me”!  The reason that this comment was so profound is that he had spent most of the interview espousing his illness belief that “talking” about his illness, his childhood, or any personal issue was not necessarily helpful or healing for him.

The Context: the 12th International Family Nursing Conference (IFNC12) was held in Odense, Denmark in August, 2015 and Dr Janice Bell (JMB) and I (LMW) offered a Pre-Conference Workshop.  This was not unusual for us to offer a pre-conference workshop about our Illness Beliefs Model for advanced practice with families suffering with illness (Wright & Bell, 2009).  But what was unusual is that we conducted a live family interview to exemplify our clinical model. It was the first time in the history of the IFNC that a live demonstration interview was offered whereby a therapeutic conversation could be observed and discussed by a group of 30 nurse participants. Once the family meeting concluded and the family departed, we debriefed the session with our own reflections and those of the participants in the workshop. We also answered a few of the participants’ questions about the clinician’s intent during the interview.  LMW conducted the interview while JMB led the pre-session discussion, reflecting team, and post-session discussion with the participants.

It was perhaps an overly ambitious idea that we could cover all of aspects of a family interview in just three hours.  But learning occurs with every family regardless of the amount of time. The participants of the workshop may have experienced very different paradigm moments or perhaps a similar one based on their own biopsychosocial-spiritual structure.

The Couple: they had generously agreed to participate in our pre-conference workshop and were recruited from the Heart Failure Outpatient Clinic in Odense where they were involved in the Heart Failure Family Trial research project. The husband, Erik* was 71 with a cardiac condition while his wife, Greta*, aged 70, was experiencing several gynecological concerns. The couple had only been seen once at the Outpatient Clinic as Erik did not believe it was necessary that his wife attend these meetings with his cardiac family nurse Catrina*. 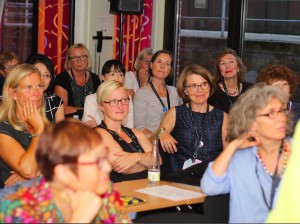 The Paradigm Moment: the most profound point of the entire interview for us came after the reflecting team’s comments.  LMW asked the family what stood out for them regarding the reflecting team’s discussion and/or the entire conversation.  The husband responded: “talking”.  This was a surprise!  For most of our therapeutic conversation, Erik had related that “talking” was not necessarily healing or useful for him. But then he elaborated on his comment.  He revealed a short narrative about his childhood and expanded on his previous comments of how he was deprived affection and love from his parents with poignant comments like “I was never hugged”.  However, he gave credit to his wife’s family for embracing him within their family and enabling him to feel comfortable with family communication.

Erik spontaneously offered the idea that if he needed to talk in the future, he would meet with the cardiac family nurse at the outpatient clinic who has been regularly meeting with him regarding his heart condition.  And then he offered the most powerful of statements about why he would feel comfortable discussing with Catrina, his cardiac family nurse.  “Because she knows me”. Is this not the ultimate commendation for any nurse?  Such a comment is a reflection of the relationship that has been established– one of trust, compassion, and understanding without judgment.

As the clinician (LMW), I admit that I was breathless and  had tears in my eyes at the end of the session as he disclosed more of his childhood story of deprivation of love and affection; how he gained some communication skills thanks to his in-laws and then the remarkable comment of how he would confide in his nurse about health concerns, if need be, because she “knows me”!!

So the interview ended where it began.  In the beginning, Erik was clearly stating that because of his impoverished childhood, he was not a talker about personal issues, nor even his health concerns.  He did not believe it was helpful, and his wife confirmed that trying to prod her husband to talk only resulted in him becoming angry and withdrawing.  But she had a respectful and compassionate stance about this emotional dynamic between them.  However, at the conclusion of the interview he stated that one of the things he had learned from our meeting together was the importance of “talking” about illness!!

Once again, a therapeutic conversation seemed magical and unexplainable as this gentleman offered the notion that “talking” can be helpful as one of the insights gleaned from our meeting when he had spent most of the interview defending his point of view that “talking” was not helpful.

But if we unpack the interview and identify the particular behaviors of the clinician coupled with the comments of the reflecting team, it is clear that there evolved a relationship consisting of a nonjudgmental and non-hierarchical stance. Particular interventions included: a more extensive exploration than usual of the husband’s family of origin during the completion of the genogram because of clinician intuition; curious compassion of this couple’s experiences with serious health concerns; resting from time to time on the positive about Erik and Greta’s resilience and strength; and commendations offered by the clinical team and the clinician (Wright, 2015; Wright & Bell, 2009).  This combination of relational practices brought about a touching and healing conversation for this couple and a marvelous and privileged learning experience for all who participated. 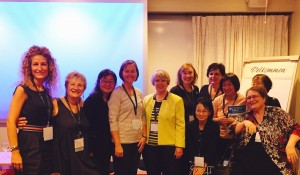 The events of this therapeutic conversation remind us of the wisdom of T.S. Eliot who said: “We shall not cease from exploration, and the end of all of our exploring will be to arrive where we started and know the place for the first time”.

* Erik, Greta, and Catrina are pseudonyms to honor the privacy of this couple and nurse.

4 Responses to ““Because She Knows Me”: A Poignant Commendation for a Cardiac Family Nurse”