The Passing of My Father: Nurses’ Empathic Eyes, Actions, and Words 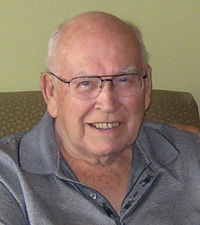 Father’s Day is Sunday, June 15, 2014 here in Canada!  But this Father’s Day will be a sad and difficult one!  I will not be sending a card, present, phoning and/or visiting my dear 91 year old Father. He passed away on January 31, 2014.  It was a peaceful passing for which my family and I were so very grateful!   Upon his admission to the hospital, we never expected it to be life-threatening or life-shortening.  Of his brief six days in hospital, we had only two very hard, long days when my Dad took a sudden turn for the worst.   But we surrounded him with much love and caring and are confident that he knew of our presence during those final days and hours!

During his hospitalization, I was urgently called to return one evening as my Father’s condition had become life threatening. When I arrived at the hospital, the halls were eerily quiet at midnight as I rushed to my Father’s unit. My Father had been moved to a private room and a nurse and physician were waiting for me in the doorway.

They explained that my Father’s medical condition had seriously worsened and that they doubted he would “live through the night”. I was comforted in that moment of how empathic these professionals’ eyes were while delivering such staggering news.  During my long night’s vigil at my Father’s bedside, I also experienced nurses’ empathic actions (e.g.  bringing me a blanket and hot tea to ease the chill in the hospital room).

But miraculously, my Father did not pass away that night.  He thankfully waited until my brother/sister-in-law had returned from their vacation early the next morning. My Father gave them the blessing of being able to spend two more days with him.

On the final day of my Father’s  life, the nurses who were caring for him showed continued compassion and empathy, both in their eyes and actions.  Despite the health professionals and our family knowing my Father’s life was rapidly diminishing, they continued to gently turn him; give him a sponge bath; and change the sheets on his bed.  They explained to my Father what their nursing actions would be, even though my Father had been non-responsive.  These ever so kind nursing actions were deeply appreciated.

But only one nurse was able to utter the compassionate words “I’m so sorry” to my family and me during those final hours!   Could it be that empathic words require more courage and compassion than empathic eyes and actions? Are empathic words the ultimate acknowledgment of the suffering of others and a willingness to enter into that suffering space?  I believe this is so.

I am grateful for all expressions of empathy by those caring nurses and physician on the last day of my Father’s life.  But it was those empathic words “I’m so sorry” that provided the greatest comfort to me on that day when the world changed.  So as I approach this Father’s Day, those empathic words linger as my grieving continues to unfold.

31 Responses to “The Passing of My Father: Nurses’ Empathic Eyes, Actions, and Words”