My New Favorite Leonardo: “The key chain to Mother” 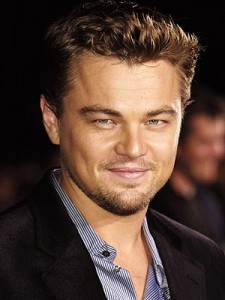 Ever since the renowned film Titanic, Leonardo DiCaprio captured me with his superb acting, charm, and good looks.  Yes, he has been my favorite and only Leonardo ever since.  But just a few weeks ago, another Leonardo came into my life and replaced Leonardo, the actor.   How did this happen?   Where did it happen?

This family consisted of the mother, age 53, who was diagnosed with lymphosarcoma; Father, age 47, and their two children, Fabiana, age 24, and Leonardo, age 20.  The mother sat in a wheelchair during the interview appearing very thin and wearing a scarf to cover her head that was left bald as a result of chemotherapy treatments.  The mother and father were married 20 years but now separated for 5 years.  Surprisingly, although they were separated, they were still very “married” as evidenced by their descriptions of their relationship as being “closer”, more “friendship” and “caring”.

After our initial greetings to one another, I asked the family a variety of assessment and interventive questions to ascertain how they were experiencing this hard journey with a serious illness.   For example, I explored the roles in the family by asking who was caring for their mother at home.  To my amazement, Fabiana answered that it was Leonardo, her brother.  I told Leonardo that in Canada, I had never met a young 20 year old son who cares for his ill mother.

Through further questioning, Leonardo revealed that he accepted his role willingly to care for his mother.  And in the caring for his mother, he even discovered a new interest in “gastronomy” (cooking) that he wishes to pursue when his mother is well enough for him to obtain further training.  The family was optimistic about the mother’s prognosis because of her positive response to chemotherapy treatments.

At the end of our meeting, I offered the family some commendations.  Specifically, I offered them the idea that I believed that the caring and devotion they showed to their mother and wife has also contributed to her healing, in addition to the chemotherapy treatments.  They all agreed.

But I gave special attention to Leonardo by telling him that I will always remember him and that he was much more handsome and was doing something much more worthwhile than Leonardo the actor.  He smiled profusely as did all family members.   Yes, THIS Leonardo is my new favorite one because he gives willingly so much of his young life and love to his mother during this very trying time.  It was indeed an honor to have met Leonardo and his family.

I am also very grateful to my colleague/friend, Dr Margareth Angelo of the University of Sao Paulo, who patiently and caringly provided translation between the family and me for this interview.

Ideas for how to ask questions that can invite healing are provided by Dr Maureen Leahey and me in a DVD entitled How to Use Questions in Family Interviewing.

8 Responses to “My New Favorite Leonardo: “The key chain to Mother””